SHOULD I BE A LEADER OR A PARTNER WITH MY HORSE? 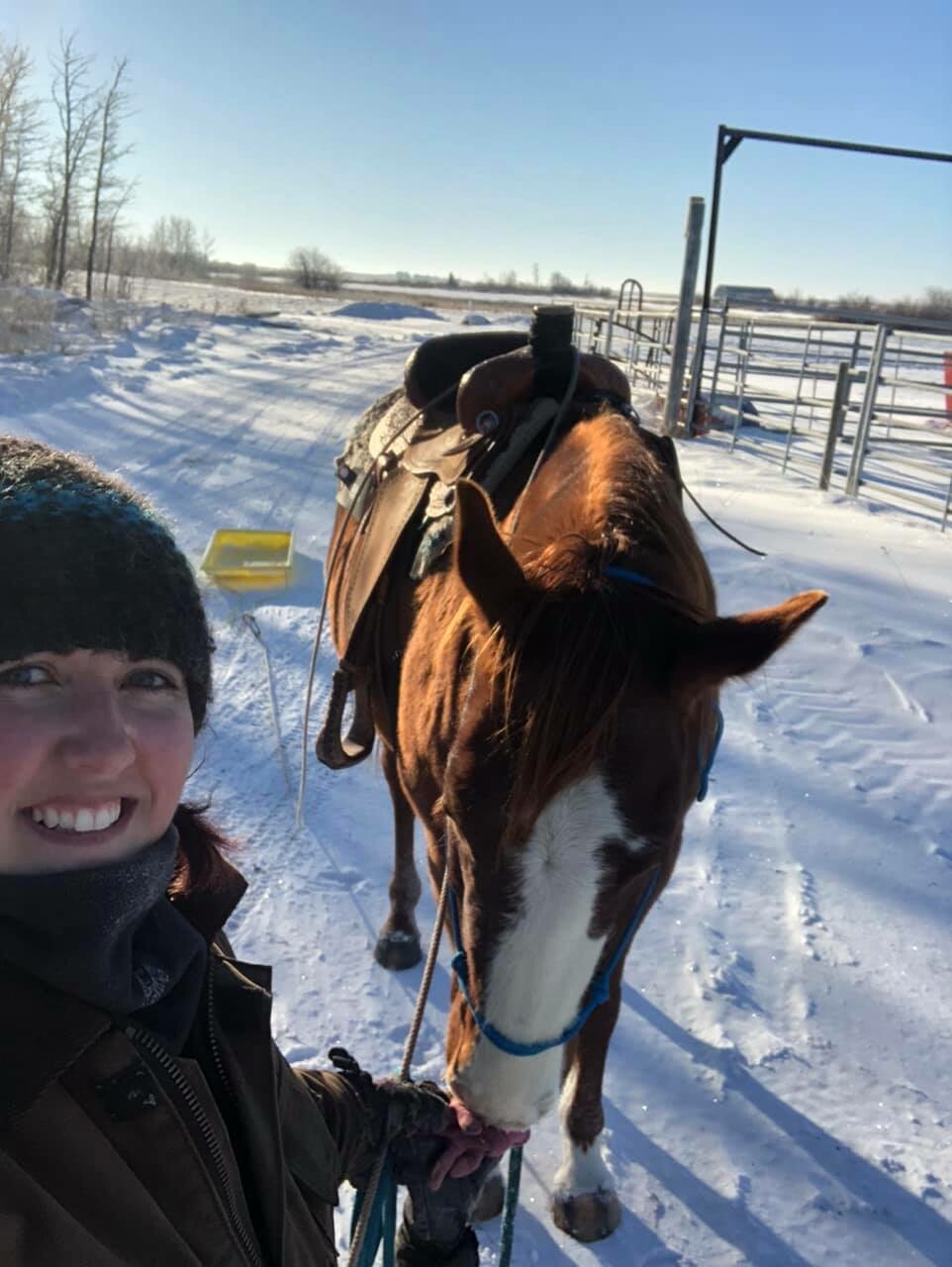 Now that I am aware of my previous training methods' errors, it's becoming a little difficult to balance sometimes knowing what role I should be in. Previously, I was all leader, more so a dictator. What I wanted to happen happened; it didn’t matter much if the horse wanted to or not. I was the boss of my horse, and he would respect me. Then, I realized how damaging it was to have a relationship where I am nothing but a dictator. I see now that it could do one of two things: forces my horse to shut down, becoming numb since expressing themselves is pointless, or internalize their fear and anxiety, which turns them into a nervous wreck until they cannot handle one more thing, creating a blow-up.

Now that I don’t want to be a dictator, I also want to avoid becoming too passive with my horse so he is walking all over me physically, or that I am avoiding every situation that makes him nervous. It is a fine line that seems so complicated at the start. Then I realized that it is a lot like parenting, which helped make it a little easier for me to understand.

As a mom, I want my children to always feel like they can express their fear, anxiety, stress, sadness, and happiness. If my daughter doesn’t want to do something, I try and figure out why. I don’t just force her to do something. I change my perspective to understand her point of view. Is she scared to do it alone? Would she rather have me help her? Is it too hard of a chore? Maybe she doesn’t understand my request? Once I know the reason behind the protest, it’s much easier to navigate the situation.

Sometimes my children need to be encouraged to do things that make them nervous or uncomfortable. Getting my oldest daughter to jump into my arms at the pool is something that used to scare her. I could force it, make her cry, and she would eventually get over it; but I think the underlying fear would still be there because I wasn’t validating it. Instead, we’ve been working slowly at it, and now she is super brave and making big jumps everywhere she can and is so proud of herself.

Likewise, I think horses need to be asked to go outside their comfort zones and shown how to navigate the situation. When I introduced Ace to pulling a sled, he was quite unsure of the whole situation. Spooking at the yellow thing sliding around on the ground, giving occasional snorts, daring to give it a sniff. We started slowly; I pulled the sled alongside us in my hand, leading him where he would occasionally dance to the side, nervous of this yellow thing following from behind. Slowly as his confidence grew, I draped the rope around the horn to help give him a better feel of where the sled and rope would normally be. Then, after a break, I was able to get on him. Once riding, I had to retake slow steps as I wasn't on the ground to help him feel confident. I encouraged him, and I tried to listen to him at the same time. I didn’t force him to pull the sled immediately, but slowly we worked our way towards that. By the end of the ride, we were walking around the arena nicely, pulling the sled. Going slow and steady allows him time to process and create a memory that he can build on.

If I focus too much on being a partner and avoid having my horse be uncomfortable or nervous, we will never grow. I wish I had been able to video his first reactions to the sled to see how much he learned in just a couple of hours. Just like my children, it's my job to show them the wonders of the world, even if it means allowing them to be in uncomfortable positions from time to time. To me, it's all about balance. I want to be a leader who cares and listens, and respects them; this shows both my horse and children that I don't put them in situations they aren't ready for or can't handle.
Becoming a leader and partner that my horse wants to be around and work with is my ultimate goal. 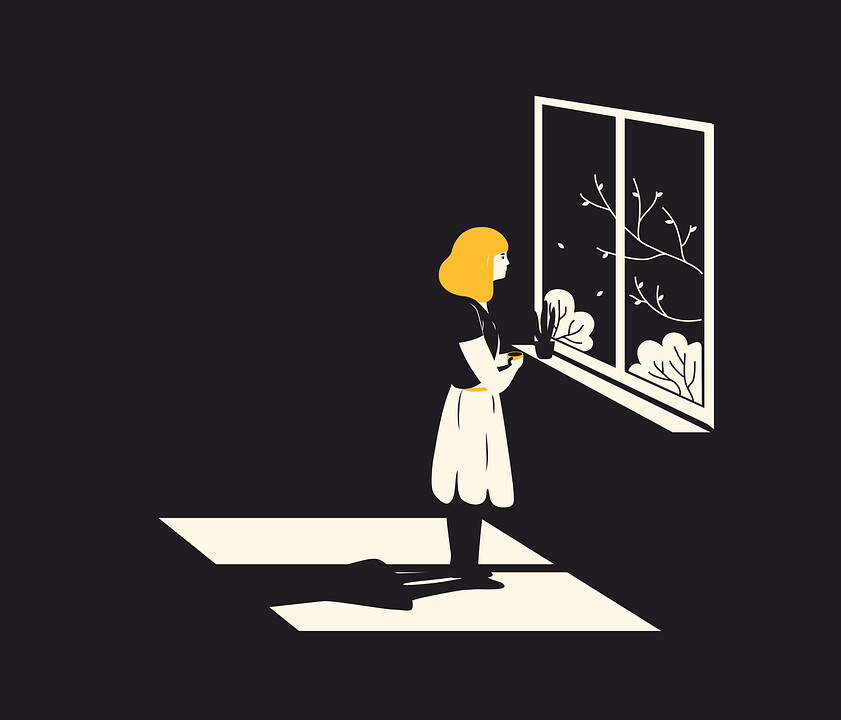 One of the biggest lies around identifying trauma. 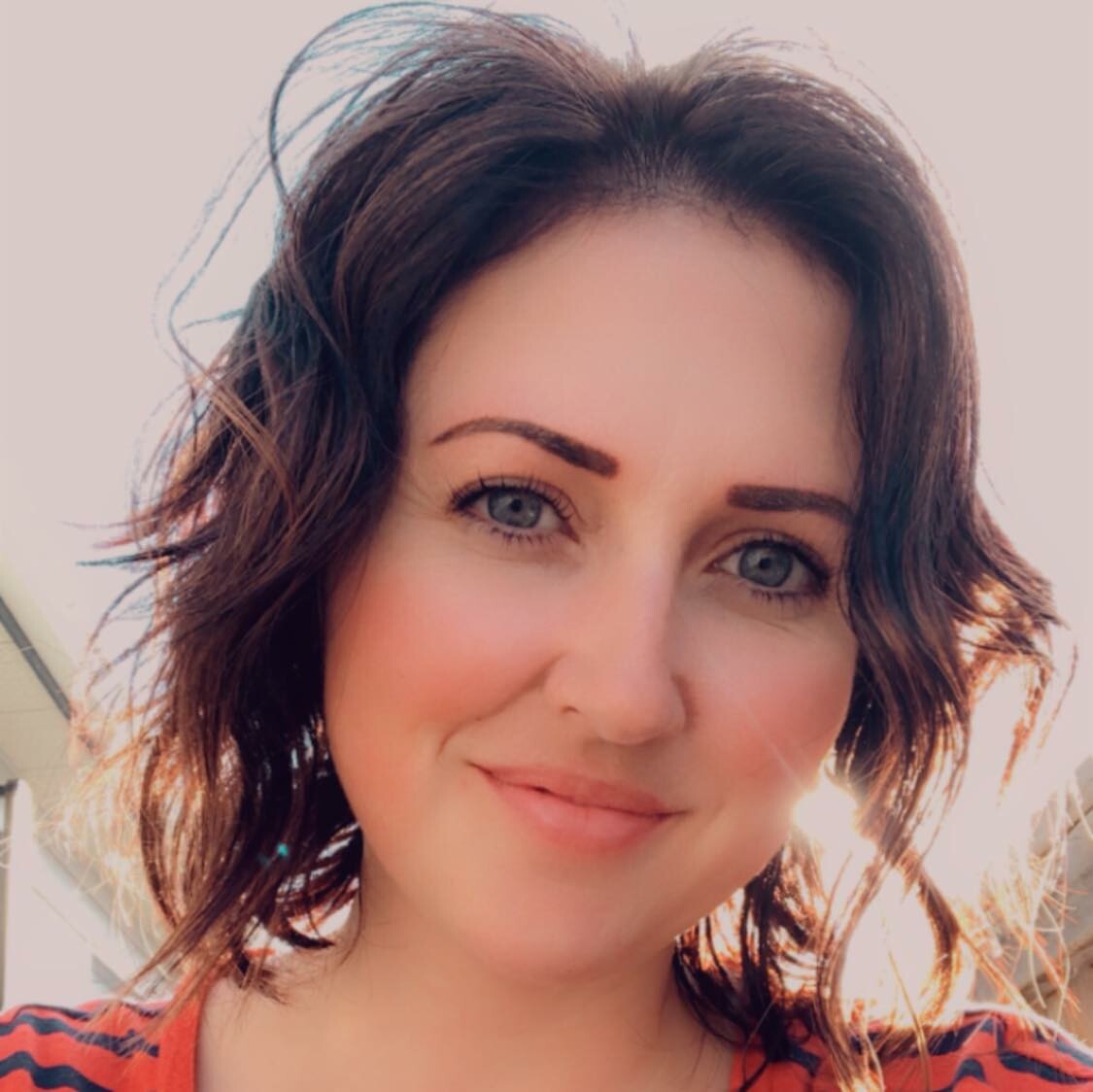 How I overcame my suffocating thoughts and emotions. 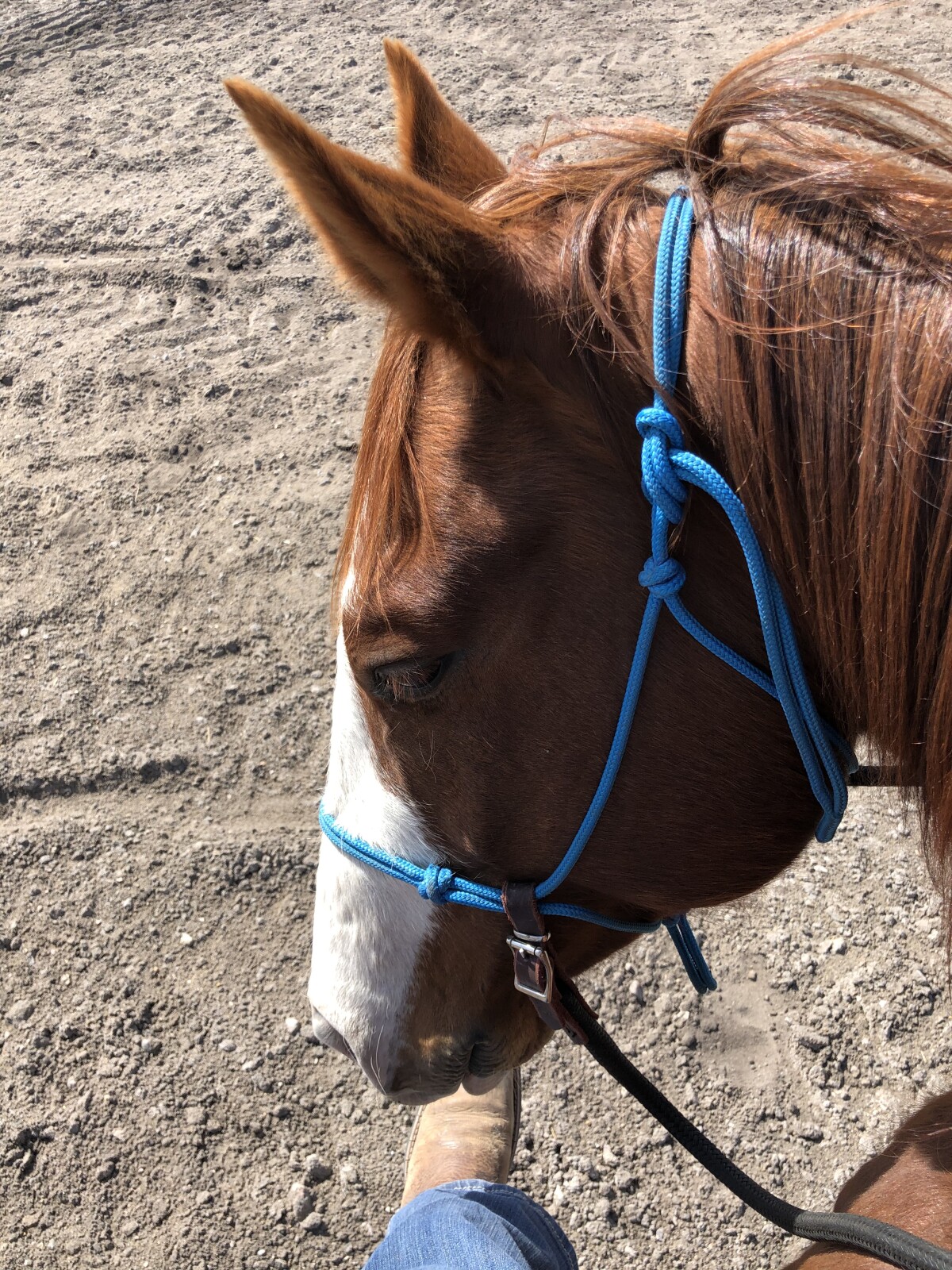 How to deal with not being where you feel you should be. 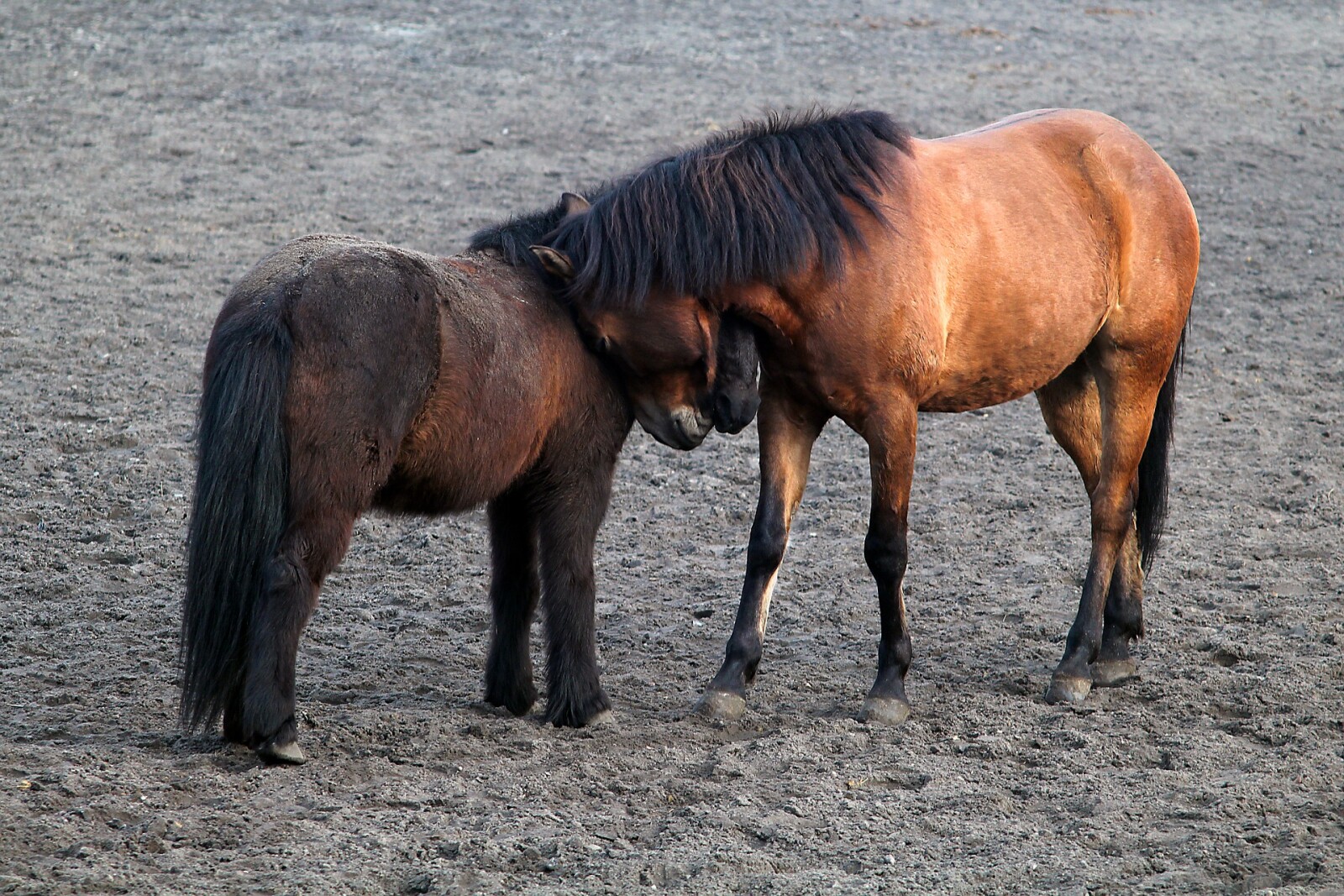 Three steps to help your anxiety, depression or other overwhelming emotions. 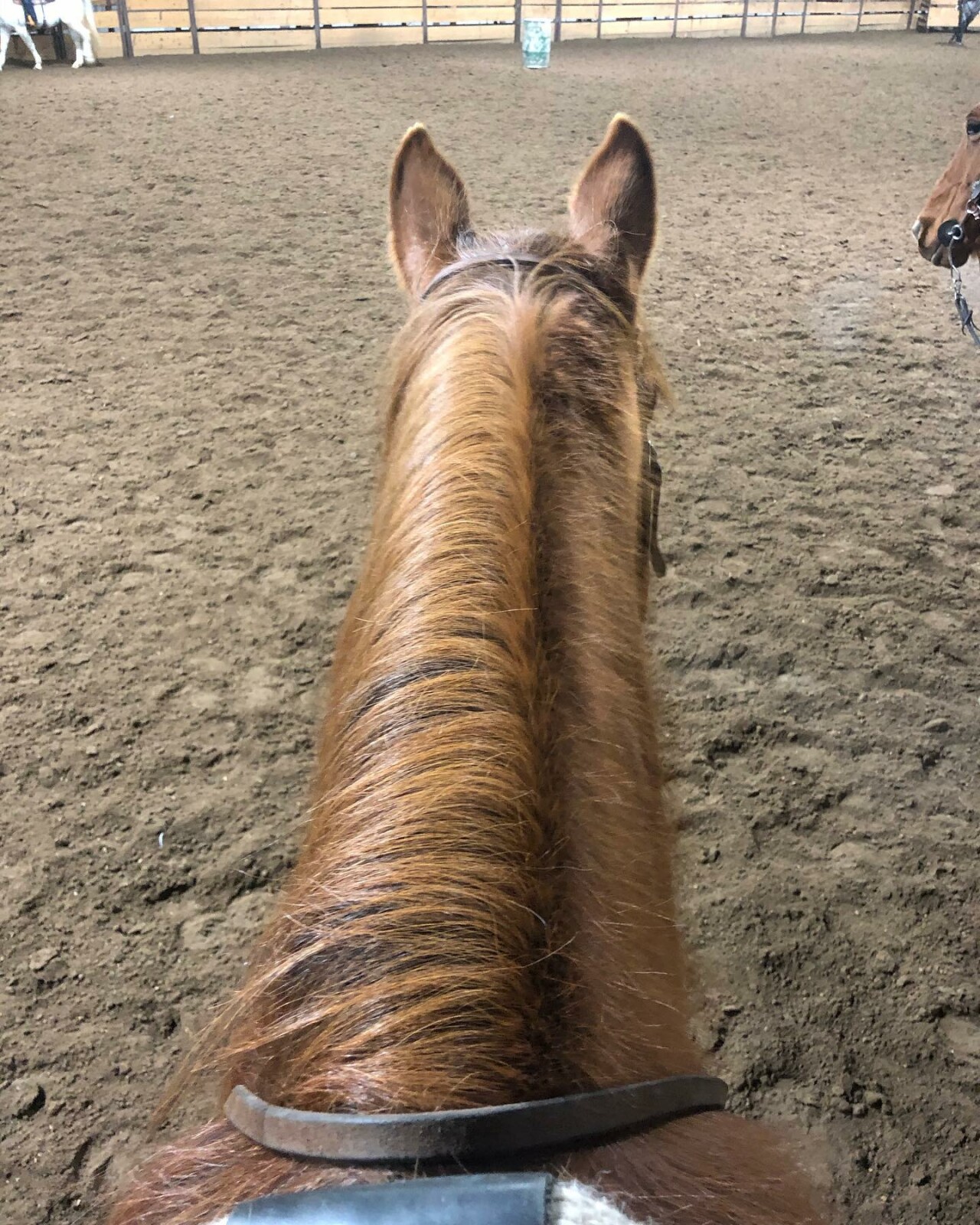 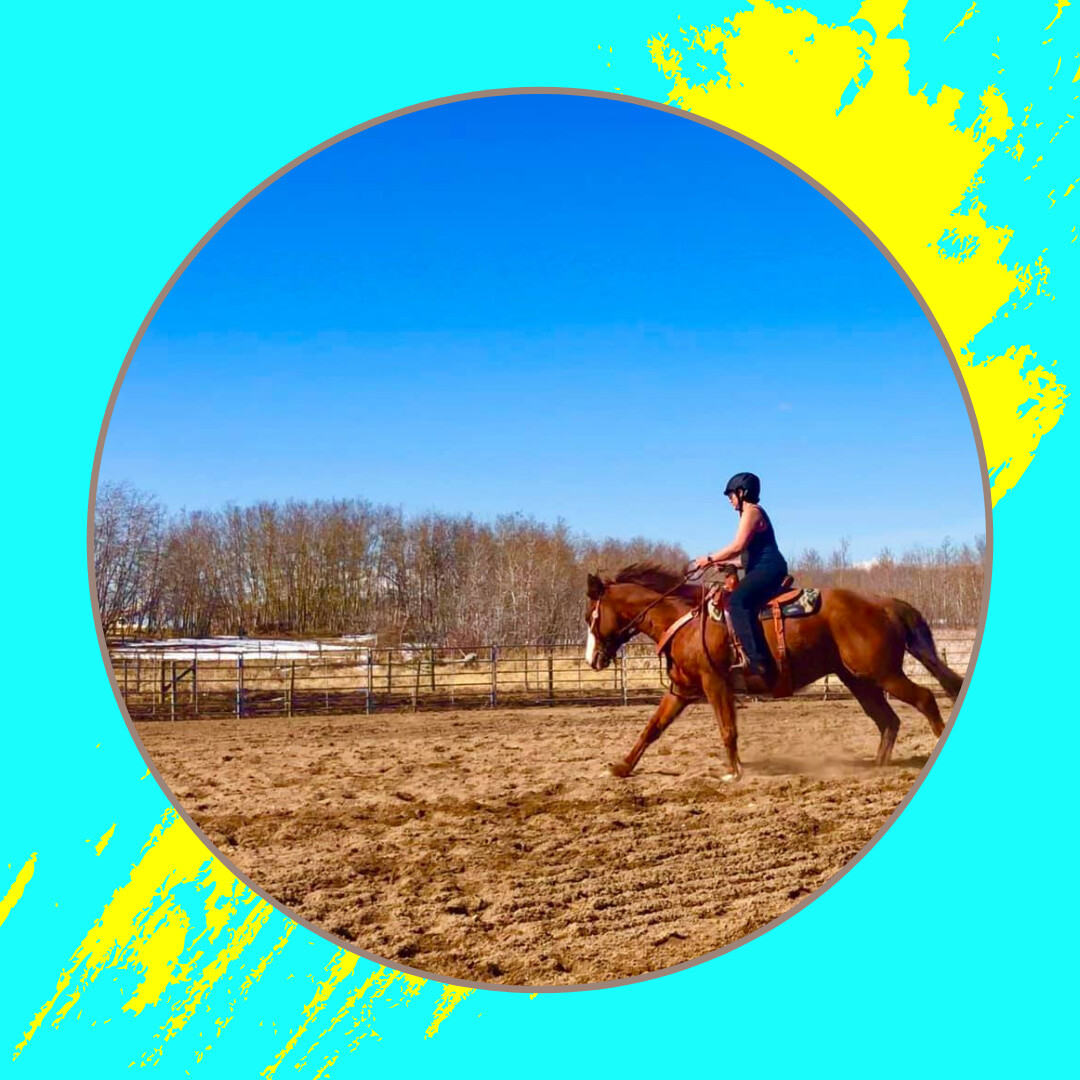 These 7 exercises helped me get back in the saddle after having kids. 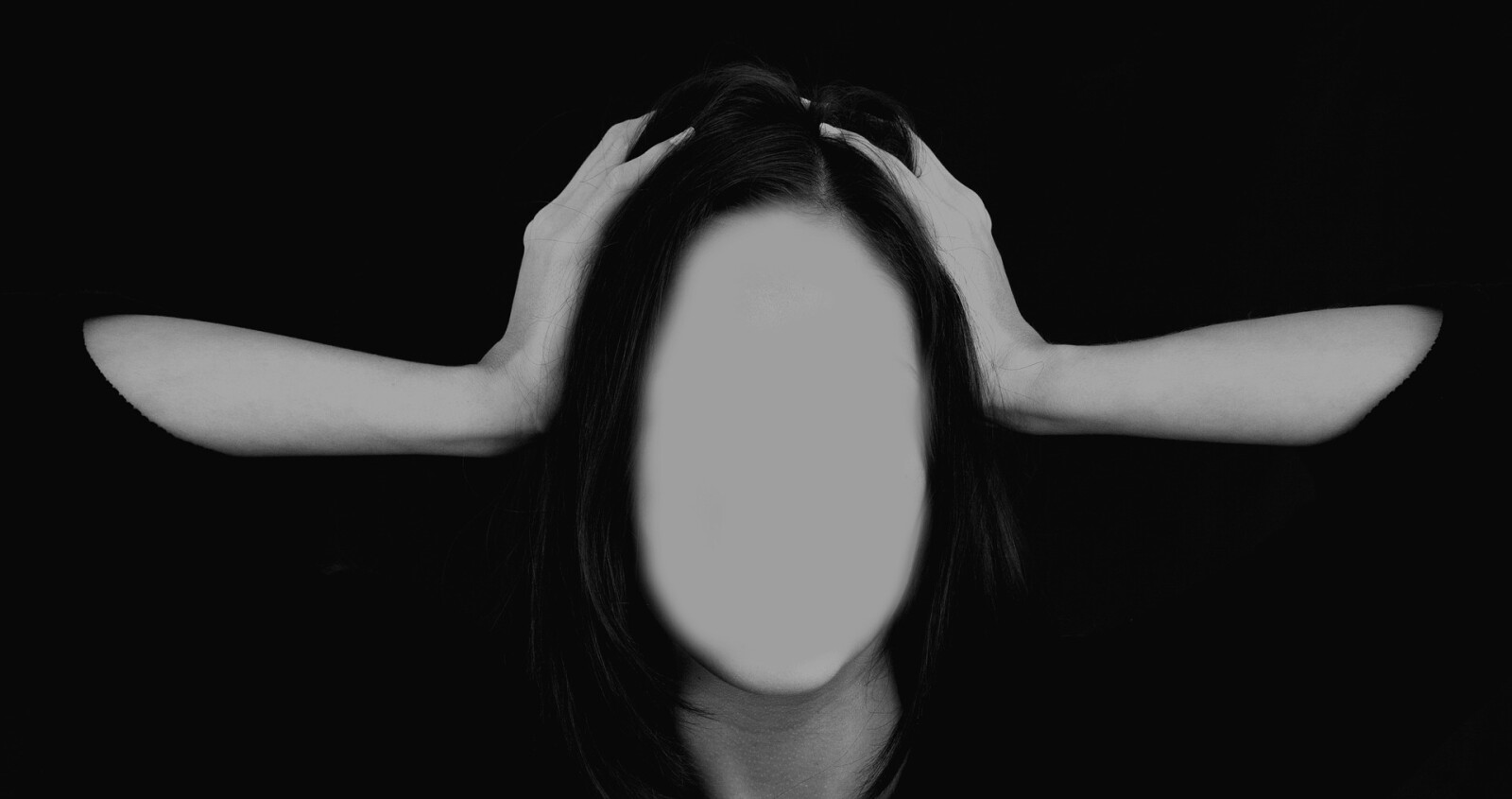 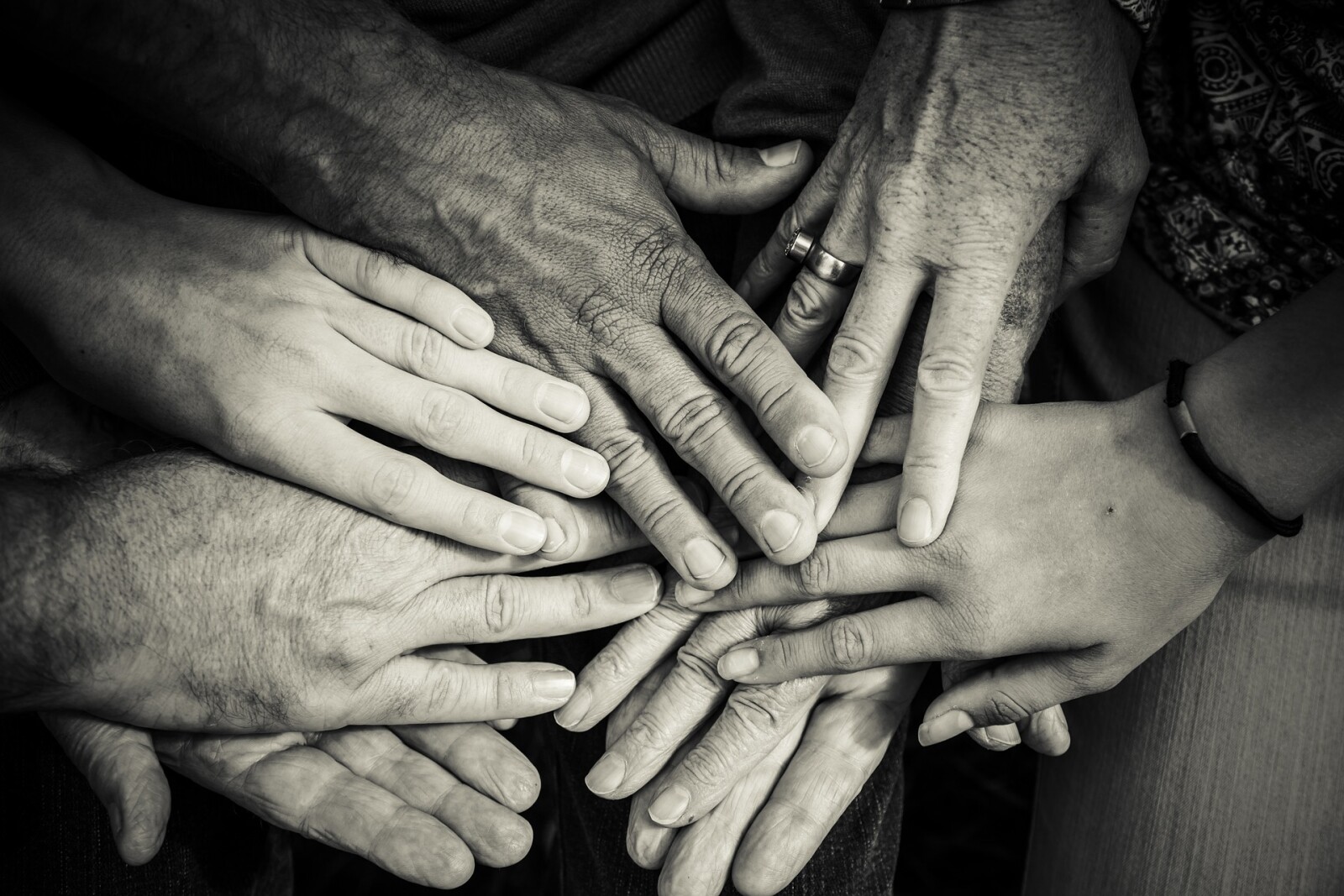 Asking For Support Shouldn't Be So Hard! 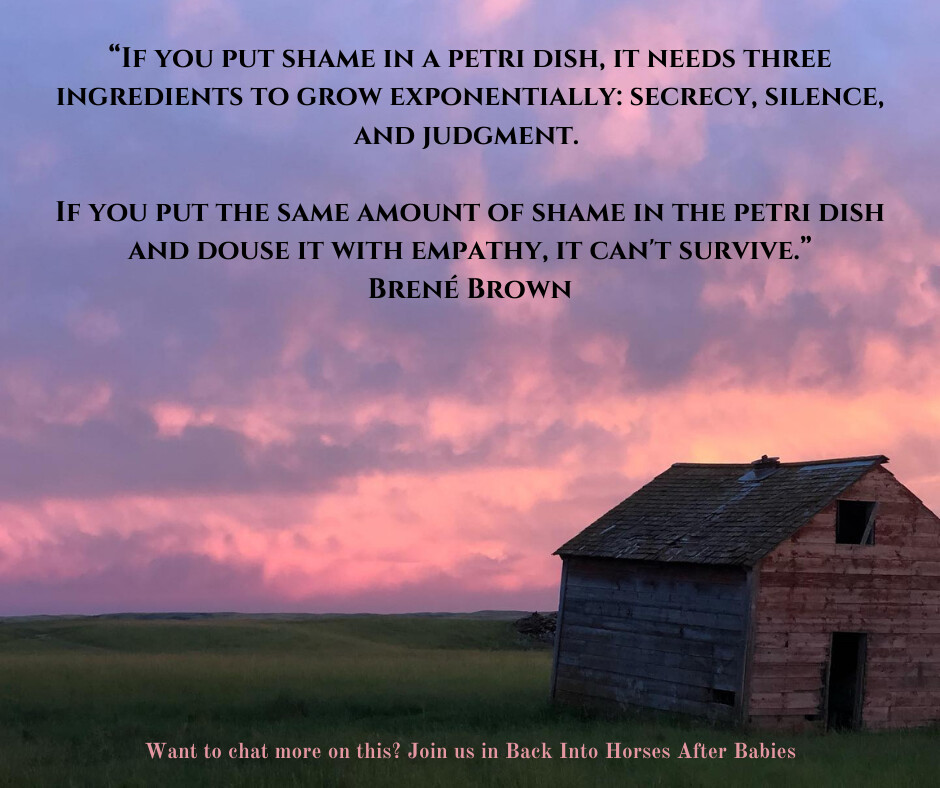 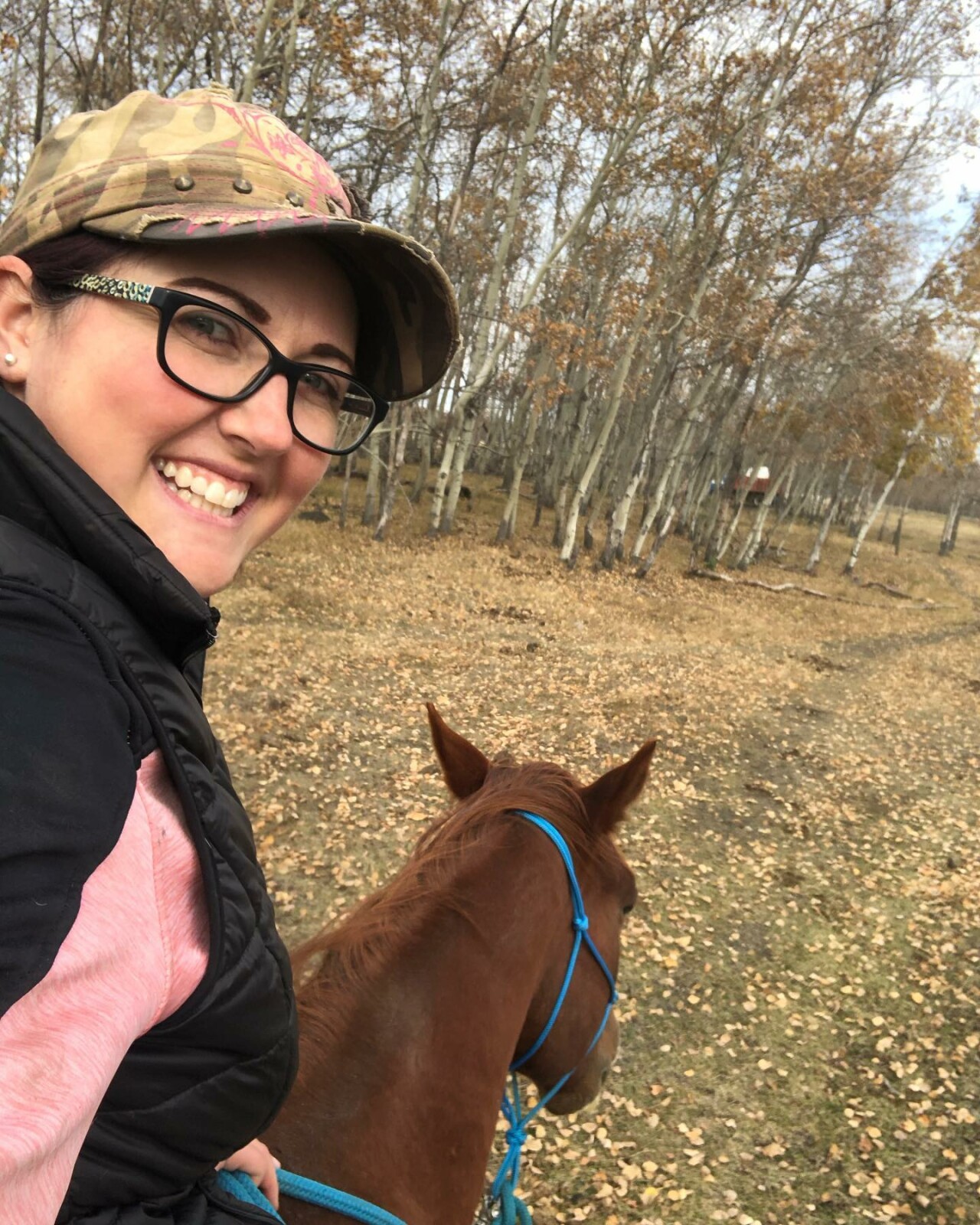 Once, I was a fierce, independent, strong-willed, stubborn horse-crazy woman. Then I had kids.

WHEN MY EMOTIONS STARTED TO TAKE CONTROL OF MY LIFE, I KNEW I HAD TO TAKE ACTION.

Are fear, anxiety, stress and negative self-talk hindering the connection between you and your horse? Do you find yourself easily angered and frustrated in life? Do you feel like your emotions are controlling you? I am here to help you with just that. How? Because I have been exactly where you are.

I’ve had a temper my entire life. I thought it was just part of who I was. I was easily angered and frustrated, with a very short fuse. Because of this, I had a no-nonsense approach to working with horses: gentle but firm, demanding respect. There was no room for communication or empathy. As I reflect, I was the same way in my marriage.

After getting through postpartum depression, which manifested as even more anger, I realize is that it was just the tip of the iceberg. I still had emotions buried deep inside, and they started to surface when I wanted to work with our greenbroke colt, Ace. I realized I wasn’t the leader he needed. I was still too quick to anger as my default pushy training methods were not working. My pride, stubbornness, and fear of failure were doing us a major disservice. Soon, the dots started to connect. I lacked confidence, empathy and a sense of calmness in every area of my life.

I can’t help but giggle when I look back and see it took a horse to make me realized how much I was missing out on in life. My husband, kids, and Ace all needed the same thing.

But a confident, happier, calmer me. Healing myself was the key to everything. Letting go of past traumas, negative mindsets, forgiving, and really releasing that negative energy was the most liberating experience I have ever had!  Now I am emotionally available to work with my horse. My marriage is improving daily. I am showing more empathy and patience with my daughters as they grow and develop. My own brain is finally working with me, not against me. I’m able to focus on what others need, both two or four-legged. I am becoming a whole new person, and, as a result, every aspect of my life is improving!

I want you to know that you have the power within you to take control of your dreams. I am so excited to help you to bring light into your life. I know you can do this!

You will create that connection you’ve always dreamed of having with yourself and your horse. I will share with you what I’m learning and guide you on your journey.  I will help you break through those mental and emotional blocks. I will liberate you from your fears, anxiety, stress, negative self-talk — all the lies bouncing around in your body, limiting you, and holding you back.

You will be empowered. You will transform your horse. It’s time to enlighten your life!